The Massachusetts Supreme Judicial Court has scheduled oral argument in Burbank Tenants Association v. Kargman, which may be the first case to be decided by the highest court of a state after the seminal case of Texas Department of Housing and Community Affairs v. the Inclusive Communities Project.  For those interested in reading the briefs that have been filed with the SJC, they can be found here:  http://www.ma-appellatecourts.org/display_docket.php?src=party&dno=SJC-11872.  The case poses this difficult question:  can the activities of an owner, who exited the Section 8 project based subsidy program in accordance with its HAP contract and other agreements with HUD, still be a violation of the Fair Housing Act if the termination of the subsidies has a disparate impact on groups protected by 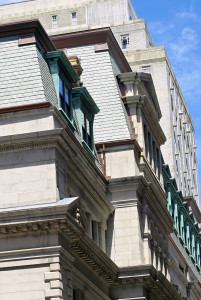 antidiscrimination laws?  It’s a thorny problem.  On the one hand, it is good public policy to encourage private developers to develop and operate affordable housing projects.  No one seems to dispute that the property owners did yeoman’s work for many years and complied with all the requirements of the laws that govern the development and financing of affordable housing.  However, it would also appear that terminating the Section 8 project based subsidy for the units at issue would, in fact, have a disparate impact on persons of color, seniors, and families with children.  In fact, Judge Winik, in the lower court decision, conceded that point.  Judge Winik wrote:  “For purposes of ruling on the defendants’ motion to dismiss, I shall accept as true the allegations . . . that the . . . tenant plaintiffs . . . will be disparately impacted by the Owner’s decision not to renew or extend the project-based Section 8 subsidies at Burbank Apartments.”  In light of this finding, how can the SJC not allow the case to proceed?

For those of you who don’t want to read the briefs, they can be summarized as follows:  the owner of Burbank Apartments virtually ignores the importance of the Fair Housing Act in combatting housing disparities that could be created by the nonrenewal of Section 8 assistance and the tenants are silent about the inherent unfairness of yoking indefinitely an owner to the Section 8 PBV program.  It will be ultimately up to the courts and policymakers to reconcile the need to encourage development of affordable housing with the need to promote greater integration of those protected under the Fair Housing Act into communities of opportunity.  It seems to me that fair housing advocates and the affordable housing community need to come together to address more creatively the dual problems of lack of affordable housing and concentrations of persons of color and other historically disadvantaged groups in low opportunity areas.  In the meantime, both groups will be waiting for the SJC to weigh in on what to do at Burbank Apartments.